NSTAR, the Massachusetts-based electric utility, announced this month that starting in July 2008, its customers will be able to purchase wind power. The program, NSTAR Green, will allow customers to either power 50% or 100% of their homes/businesses with wind power.

According to NSTAR, there will be a slight premium charged to basic home customers who enroll in the program (NSTAR estimates that this will add from $4-$7 per month to a customer’s bill). The wind power will be generated at Maple Ridge Wind Farm in upstate New York, before traveling into the New England power grid.

I’m pleased to see NSTAR announce this program, although I’m surprised it took them so long to do so. I met with a member of their senior management last fall to discuss my firm’s wind power initiatives, and explained that I believed NSTAR customers were hungry for green energy options. However, as the saying goes, better late than never.

Although wind energy from other states has just as positive an impact on the environment, it’s too bad that bureaucratic and political issues have delayed the development of wind farms in Massachusetts. Please see my previous post on the subject.

Nevertheless, NSTAR should be congratulated for getting this program off the ground. My hope is that programs like this will spur further wind farm development across the United States, with the overall goal of weaning our country off oil, most of which comes from foreign sources. 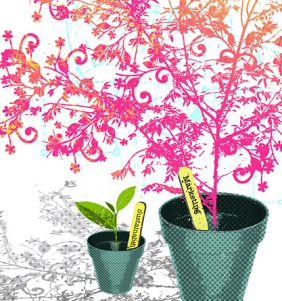 Advertising Age recently wrote a special report on the importance of strong relationships between marketing and sustainability officers. Although the sustainability officers play a leadership role in helping an organization be a good steward of the environment, the CMO is responsible for crafting the company’s communication strategy with its customers. Therefore, for a company to have a well-articulated green strategy, that is also backed up by substantive organizational action, these two departments/officers must work well together.

Here’s a link to the entire article. I found it to be an interesting read: Article

Advertising Age held its Green Conference last week.  In an article posted on its website (reproduced below because it is no longer available in complete form online), its reporters highlight a key message from speakers: perfection in green brands is virtually impossible.  Rather, what’s more important is when organizations make real and genuine efforts to operate more sustainably.  As I have written often before, not only is it the right thing to do, but it can drive profit growth by helping an organization strengthen its relationships with clients and prospects.

Please see below for the full article.

Come as You Are to Help Environment

NEW YORK (AdAge.com) — Perfection is not attainable, let alone necessary, when it comes to being green.

That was the message delivered by a collection of green experts and marketers at Advertising Age’s Green Conference today. In the current environment, accusations of “greenwashing” have become the norm, but that’s no excuse to sit on the sidelines, said Peter Seligmann, CEO-chairman of Conservation International, during his keynote address.

“None of us are pure. None of your brands are pure,” he said. “We need an aspiration to be pure. We’re not going to achieve that if we wait until we’re pure to say something. We’re going to be silent. And we can’t afford to be silent.”

McDonald’s admits it cares
Mr. Seligmann pointed to McDonald’s, one of the group’s first major corporate partners some 18 years ago, as a prime example, noting that the fast-food chain didn’t talk about its environmental efforts out of fear that it would be attacked, instead of celebrated, for what it was doing.

Today, the company is becoming more vocal about its green efforts, said Mary Dillon, exec VP-global chief marketing officer at McDonald’s, even if it’s not necessarily a brand consumers associate with sustainability initiatives. “I know that the environment might not be the thing that springs to mind when you think of our brand,” she said. “[But] part of our overall DNA has been to be socially responsible. Before, we were more behind the scenes, and now its more direct-to-consumer. We feel it’s time to be a little more public about it.”

The company’s latest efforts are exceedingly public, as it leverages its iconic Happy Meals by integrating environmental and sustainable messages alongside popular properties such as “Bee Movie” and “Kung Fu Panda.” The company is even introducing an endangered-animal-themed Happy Meal in some of its international locations.

Wal-Mart on board, too
Wal-Mart, another company that might not be immediately thought of as green, is also taking a more vocal stand on the environment, with the help of the Martin Agency, which also works with Al Gore. “Lee Scott is very open about the fact that they got into this as a PR effort, and it’s a religion now,” said Mike Hughes, president and creative director of the Martin Agency.

He noted that the key to Wal-Mart’s campaign is that it is built on one of the chain’s core equities: saving consumers money. “We don’t tout sustainability for Wal-Mart,” he pointed out. “We communicate what would happen if [Wal-Mart customers] all bought organic milk or [energy-efficient] light bulbs.”

Similar to that approach, which focuses on the little things that consumers can do, Ideal Bite, a website and daily newsletter co-founded by Jennifer Boulden, senior VP, embraces and celebrates what it calls “green light.” “They’re driving SUVs to Whole Foods. That’s the best way to sum up our audience,” Ms. Boulden said.

But, she cautioned that despite many consumers’ willingness to embrace an imperfect green life, they are becoming increasingly savvy when it comes to navigating brand claims. She cited a study that found 68% of consumers believe companies are greenwashing or overstating their green claims. “More and more, consumers are getting wise and reading labels, looking for certification seals and researching,” she said, advising brands to “speak proudly about your accomplishments while acknowledging that there is still work to be done.”

Harm reduction
A panel titled “What can agencies and media companies contribute to the green movement?” also touched on the idea of embracing imperfection. Don Carli, senior research fellow at the Institute for Sustainable Communication, encouraged brands to take into consideration the carbon footprint of their ad campaigns.

The theme of transparency carried on into the afternoon, with one panelist being perhaps a tad too transparent: Patrick Farrell, VP-corporate responsibility and communications at Enterprise Rent-A-Car, told the audience that while backing out of his driveway in his hybrid car this morning, he ran over a rabbit.

Mr. Farrell participated in a session called “Marketers who are walking the walk,” which heard from Enterprise — a relative newcomer to the green scene — as well as representatives from Fairmont Hotels & Resorts and Green Mountain Coffee, both considered early movers in the sustainability space.

While you don’t have to be perfect, being innovative doesn’t hurt; take for instance a program that Fairmont recently launched wherein guests are not only offered organic and locally sourced cuisine, but can actually go out into area markets to shop for food with hotel chefs. Eco-friendly initiatives like these are spurring a great deal of consumer response for the brand, said Lori Holland, executive director-public relations for the hospitality chain.

Outdoor clothing and gear retailer Patagonia made a tough — and at the time unheard-of — decision years ago to embrace transparency. It ceased manufacturing the metal spikes that once provided the bulk of the company’s income upon learning they were actually damaging rock surfaces, said Patagonia,com Creative Director Bill Boland.

Steps to redemption
The company’s philosophy of putting all the cards out on the table in the face of green scrutiny continues today. Among other things, Patagonia has developed the “Footprint Chronicles,” an interactive mini-site that allows consumers to track the impact — from waste generated to energy consumption — of specific Patagonia products from design through delivery. Buyers are able to weigh both the good and bad aspects of the product’s environmental footprint prior to making a purchase, and can also post feedback online.

And the bottom line, speakers throughout the day pointed out, is that going green is good for business. A number of big marketers like JetBlue, Volkswagen, PepsiCo and Fiji Water are helping offset their negative impact on the environment by purchasing environmental credits (renewable energy and carbon credits), a presentation by Neil Braun, chairman-CEO of green solutions firm GreenLife, showed. GreenLife helped AdAge offset the conference.

I read an article in today’s edition of the Boston Business Journal discussing the bureaucratic and political challenges facing renewable energy development in Massachusetts.

Much has been written about Cape Wind. However, there are other projects being held up, most notably a large wind farm slated for Brodie Mountain in the Berkshires.

For a state that has such a deep interest in technology and renewable energy, and the intellectual and financial capital to make this region a leader in the burgeoning green economy, the article paints a disappointing picture.

Hopefully, enough positive momentum ($135/barrel oil should help move the projects along) and external pressure will enable the planned developments to move to the next stage – this will not only help us reduce our dependence on oil, most of which comes from foreign sources, but will also create new jobs and spur further investment in our region.

Here’s a link to the full article: “State talks a great green energy game, but leaves production to neighbors.”

I work with a wide variety of clients to help them design and execute environmentally-friendly marketing campaigns. A principal component of these programs involves print (direct mail, sales literature, annual reports, etc).

Over the last year, I have tried to distill a lot of what I have read and learned into 5 simple steps to “greening” your print projects: