As we approach the end of a very busy 2011, I’ve been seeing a lot of interesting year-end articles that I’ve been saving to read later.  I thought it would be helpful to include a selection of them for you in one place:

I want to wish everyone a happy, healthy and productive 2012.  Thanks for reading! 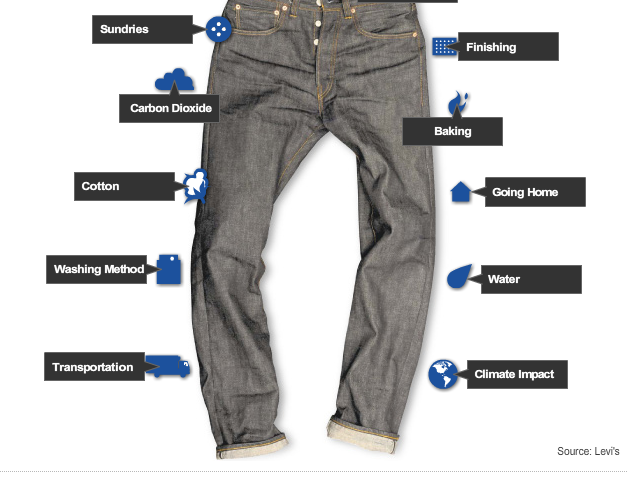 We have written often at Sustainable Ink about the importance of transparency, as well as the need to account for the environmental impact throughout a product’s lifecycle.  With that in mind, we are pleased to see a positive step taken by some well-known corporations.

At next month’s Outdoor Retailer trade show in Salt Lake City, retailers will receive a new tool to help them pursue their sustainability goals.   A group of about 100 retailers and manufacturers, including Nike, Levi Strauss, and Target, have joined forces to develop software that makers of apparel and shoes can use to measure the environmental impact of their products and assign to each an “eco-value” similar to the Energy Star rating of appliances.

Known as the “Eco Index,” this software tool works by posing a series of questions to companies on their environmental and labor practices, including some questions directed towards the companies’ suppliers.  The software then assigns a score that represents a percentage of a perfect score.  The goal of the Eco Index is to showcase competing items in retail settings with various “eco-value” scores so consumers can easily factor sustainability considerations into their purchase decisions.  Firms like Timberland and Patagonia have publicly expressed their desire to move the conversation forward and gain consensus among similar companies so that an effective and meaningful eco index program can be implemented.

With the heavy use of chemicals and crude oil to produce and ship these items, apparel production takes a heavy environmental toll that warrants accountability.  While many consumers are increasingly motivated by sustainability concerns, it is often difficult for them to understand the environmental consequences involved in producing many of their favorite products.  If companies begin to report the environmental impact to create their products, and consumers react by choosing certain items over others on environmental grounds, companies may become even more motivated to improve their sustainability efforts.

For more information about the Eco Index, check out this article from The Wall Street Journal or this recently featured piece in Fast Company. 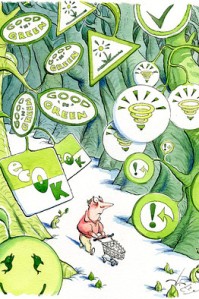 The Wall Street Journal has an interesting report in Thursday’s issue titled: “As Eco-Seals Proliferate, So Do Doubts.” The article discusses how a number of unregulated organizations that purport to verify “green” product claims have sprouted up, which only makes buying these products even more confusing for businesses and consumers.

Here are the two main points that the writer makes:

1) The U.S. Government may need to oversee the creation of Federal green marketing standards, similar to what the U.S. Department of Agriculture has done with organic foods.

2) Eco-seals that are verified by reputable third-party organizations are more reliable.  One example the writer provides is a Canadian-based organization, Ecologo.

I couldn’t agree more.  I have been pushing my industry and my clients to be transparent about green marketing claims, especially because consumers are smart and see through “fuzzy” and unsubstantiated claims that organizations make.  This is why when a client uses eco-friendly papers in their marketing programs and wants to explain the environmental benefits derived from these choices, they should not use a paper company’s calculator to arrive at these statistics.  Rather, they should use the paper calculator created by Environmental Defense, a leading non-profit dedicated to the environment.  I have written about this resource a number of times over the past several years.

I also believe that the Federal government should step in and begin to regulate green product claims.  I know this will be a difficult process, as it would be impossible to apply the same standards across all industries.  Nevertheless, it is important to start now, as it will help companies and individual consumers to better navigate the increasingly-complicated product landscape.

Here’s a link to the full article. 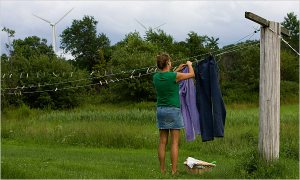 There has been increasing news coverage of alternative energy, most notably due to the explosion in energy prices over the last couple years.  I saw two interesting articles over the last day, one from the conservative editorial pages of The Wall Street Journal, and the other from The New York Times.

The WSJ opinion piece points out that one of the key barriers to growth in alternative energy is infrastructure, most notably transmission lines connecting the sources of energy (wind and solar fields in rural and desert locations in the plains and Southwest) and the cities in which most people live.  The WSJ, in it’s characteristic fashion, blames this challenge on liberals, who they claim support alternative energy but oppose the construction of transmission lines, as they often have to go through protected lands.  Here’s a link to the piece.

The Times describes challenges and conflicts of interest that have arisen in upstate New York, where wind revenue has become critical for family farmers.  The article highlights instances when local town boards have voted on wind leases for firms when several of the individual members already had contracts in place for their own farms.  A key issue, the article goes on to discuss, is that there is no statewide (New York) law on wind power, so it is up to the individual towns to decide.  Here’s a link to the article.

If alternative energy is to become more widespread (according to the WSJ, wind only provides two-thirds of 1% of electricity generated in the U.S., and solar one-tenth of 1%), there will have to be better statewide and national legislation that fast tracks the development of wind farms, solar fields, and other energy sources.  At the same time, a balance has to be struck between speed and careful examination of the intricacies of development (impact on local environments, costs, etc).

Nevertheless, it is no longer debatable that these technologies are needed.  In fact, weaning our country off of foreign oil and developing better domestic, renewable (and clean) energy resources are key elements and ingredients to the future success of our country.  My sincere hope is that the right balance can happen in order to unlock this power and bring jobs to local markets with it.

The Wall Street Journal ran an interesting article around Earth Day last week, stating: “As corporate America gets greener, Earth Day is following the path of Valentine’s Day, Easter and Christmas, and turning into a corporate marketing opportunity. But instead of advertising chocolates or toys, companies are selling themselves and their greenness — and often, the biggest marketers are those with sizable carbon footprints.”

Please click here for a link to the article: http://online.wsj.com/article_email/SB120882594222933291-lMyQjAxMDI4MDI4MjgyMjI1Wj.html The article goes on to discuss various companies showcasing their “green” initiatives, as well as the fact that there was a surge in trademark applications in the United States last year for products or ideas bearing the words” green,” eco”or “clean.”

Although green marketing is important, as it allows organizations to communicate values-laden messages to their constituents, consumers are very smart, and it is critical that these initiatives are not simply words. Rather, they need to be backed up by actions throughout the organizations to reduce their carbon footprints. The winners of the green movement will be the ones that have true commitments to environmentally-sound business practices.